Ebrahim Mohamed is a Synthetic Organic Chemist by training. After completing his PhD from the University of Cape Town in 2009, 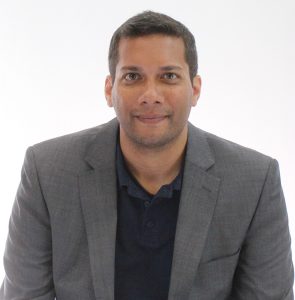 he joined the Science and Innovation (S&I) Department at the Biovac Institute (BIOVAC) where he established his expertise in the development of glycoconjugate vaccines. As Group Leader he currently manages the Downstream Processing Group and is responsible for the development of scalable purification and conjugation process technologies. He has accumulated experience in both inward and outward bound technology transfers and his responsibilities have expanded further to include support to manufacturing operations at Biovac.
In 2015 Ebrahim became a key member of the secretariat team of the African Vaccine Manufacturing Initiative (AVMI) where he has played a pivotal part in assisting with the coordination of the AVMI Vaccine Manufacturing and Procurement in Africa (VMPA) study. He was re-elected as a member of the board, during the recent meeting in Freetown, Sierra Leone. Ebrahim has published several publications in reputable peer-reviewed journals.